Children and youth from eight years old are welcome to join windsurfing and kitesurfing camp on Hel Peninsula with 7-time Polish Kitesurfing Champion, Victor Borsuk. We offer comprehensive program which includes variable weather conditions at the Polish seaside, numerous amusements and surfing vibe, accommodation in comfortable bungalows in a camping site as well as professional staff of counselors and instructors.

Just like every year, we go for a kite expedition to the most fascinating spots in Brazil, where the wind has never let us down. This time we are offering two options: a family trip with coach transfer, and a standard trip with transfer by 4x4 trucks. Join us!

For many years, during the off-season we’ve been organizing professional kitesurfing holidays to the most beautiful spots in the world. We have our fixed destinations but we’re still looking for new ones! OUR KITE SEASON LASTS ALL YEAR ROUND!

If your passion is related to water, you’re in the right place. KITE PARK is a water sports center where you can learn how to ride different kinds of boards, visit the most stunning beaches in the world and forget about all down-to-earth problems. OUR ELEMENT IS WATER!

He holds dozens of titles for the World, European and Polish kitesurfing cups, 7-time Polish Kitesurfing Champion, still active pro-rider and unquestionably the most titled freestyle competitor in Poland.

As a teacher, he is patient, knowledgeable and genuinely engaged. He has accomplished so much in his career that he doesn’t have to prove anything to himself (although he still wins trophies). He prefers to share his passion and knowledge. He often says “I’d love to teach my next successor” ;-), although he puts as much satisfaction and enthusiasm in training amateur kiters.

For three years he coached Asia Litwin (at the time when she became 2012 European Champion), Ola Tomkowicz (7th place in the World Cup general classification) and in the meantime he taught many tricks, e.g. unhooked kiteloops, to Karolina Wińkowska (World Champion), Paweł Kliczka (top Polish rider), Kamil Gajdziński (3rd place in Junior World Cup), Maice Dittrich (Junior Wakeboarding Polish Champion). He also trains new pro-riders, who can learn from him not only evolutions but also reasonable planning of trainings and professional careers, and even how to combine your passion with responsibilities – studying or professional work.

He teaches not only professional kiters, but all individuals who would love to expand their kite skills. Students are always satisfied and gladly go for another training session.  They learn much more than new effective tricks -  how to practice kitesurfing safely, as well as how to continue trainings outside water. Each student of Borsuk PRO CAMP makes progress, but its extent depends on their qualifications, determination and the skills that they already have. On average, within one trip, a participant learns a few new tricks and receives a solid foundation for further progression, on condition that they are properly prepared in terms of fitness and condition.

He has accomplished everything by himself – a guy from Świecie who managed to achieve so much in this very exclusive sport. He travels around the world and does what he loves the most on a very high level. Determined, concentrated and dutiful, also very hard working, he always realizes his plans and is able to combine his passion with professional career, or even studying (MA in Economics). Cheerful, energetic, loves to be among people, effortlessly makes new friends, able to motivate and share his passion, knows his own worth, but doesn’t brag about his success. 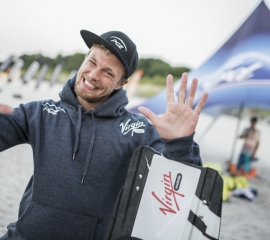 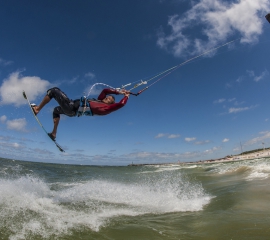 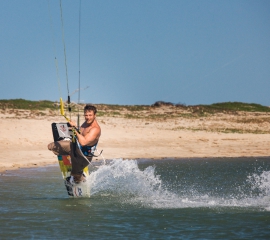 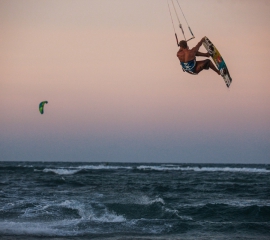 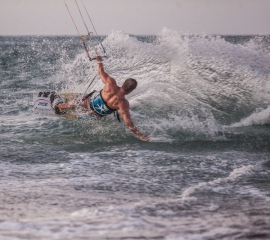 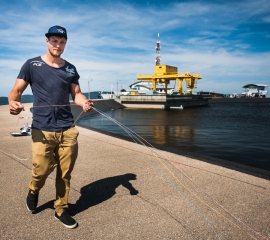 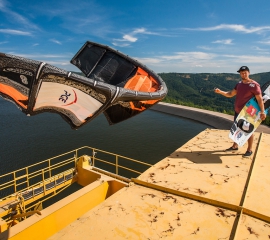 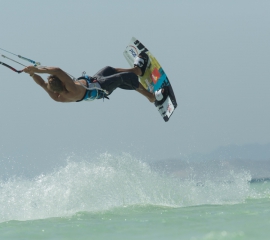 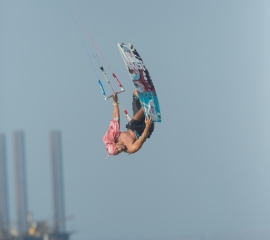 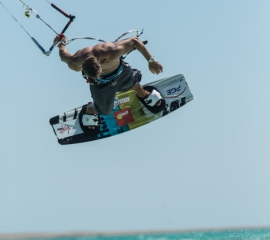